Till a month ago, the world waited with bated breath as members of the European Parliament contemplated a proposed directive to herald a new Copyright Law within the European Union. This Directive aims to create a digital single market and has been named as such. However, the proposal has been a hotbed for controversy right since its very inception in 2016. While many advocate both for and against its enforcement, not all understand why so many open letters were written to the Parliament, especially by internet giants like Wikipedia and why Facebook and Google staunchly opposed it as well. On the other hand, stalwarts of the entertainment industry, especially sound and music, were vehemently in favour of the law.

The Parliament, in its esteemed wisdom, did not bite the bullet and sent the proposal back for revision. It will now be tabled again in September which is but a momentary respite from all the brouhaha.

For all those wondering why the internet generation cried rivers together, here’s a breakdown of why this Directive was touted as being the next step in surveillance and would have ‘broken’ the internet.

The primary issue revolved around Articles 11 and 13 of the Directive, popularly known as the ‘link tax’ and ‘meme ban’ respectively.

Thus, with linking and re-sharing of content losing its easy operability, everyone, right from huge corporations to the young, internet generation which thrives on sharing whatever they like (so much so that memes have actually become a ‘culture’), will have to monitor their actions. Simple things that we do every day might turn out to be potentially illegal. Imagine having to pause and think before sharing any link or image that you found on the web! Scary, right? Now you know why the internet, as we know it,  could have broken. 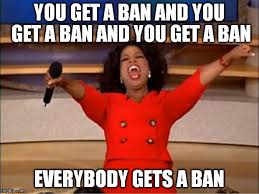 Additionally, such filtering would also have enabled the authorities to monitor or ‘surveil’ internet usage of the people. Someone seeking to upload copyrighted material, in any form irrespective of the intention, would have raised red flags. Opponents of the directive had gone as far as to say that this would have made even made NSA’s surveillance look like child’s play. 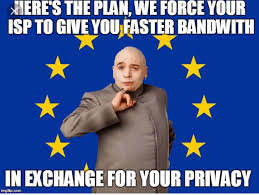 As of yet, it is not clear which Articles of the proposed Directive will be revised before re-tabling. However, it is hoped that all genuine points raised by stakeholders in the industry will be given due consideration. Or else, the internet as we know it will change forever.

This article has been authored by Varnika Jain from Team LawSkills.

This site uses Akismet to reduce spam. Learn how your comment data is processed.